The Sweet Sound of Humility: Bright Eyes in Nashville at the Ryman Auditorium November 14, 2005 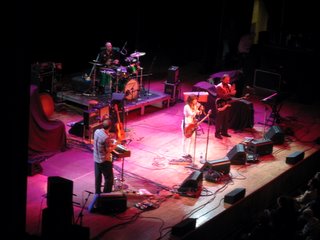 The Opening Acts: I accidentally missed The Magic Numbers but I caught most of Feist. She put on an amazing show. She sounded amazing and really captured the audience. I thought it was going to be too slow, but it was far from that. She put on a great show. 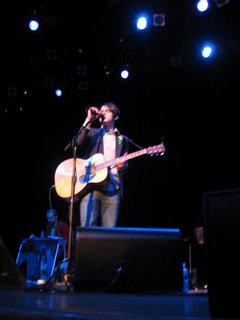 The Venue: Obviously the Ryman is an amazing venue. Conor kept talking about how much he could not believe he was playing on that stage (it is where the Grand Ole Opry used to be). Also, the place was packed.
Bright Eyes: Conor was a little drunk but nonetheless put on a hell of a show. He sounded great and was really into the crowd. He communicated the whole time with the crowd. I started out on the balcony and then noticed two empty seats on the front row. I spent the second half of the show about 3 feet from him. Aside from his spitting everywhere, he has great stage presence. He did not meat out about anything which was good and was very very appreciative about everything: the crowd, Nashville, the opening bands etc.
The Setlist: The Setlist was pretty solid. It was very diverse. He played stuff of almost all of the albums with a little lean towards the greatest album Lifted. Gillian Welch and her sidekick David Rawlings came out for the encore which was Long Black Veil it was truly amazing. When Conor said this is the last song I yelled out, "Let's Not Shit Ourselves" and he pointed at me and set let's play that and yelled for a timpany roll. I was very excited. Then we got a copy of the setlist, and I realized he was already going to play it so it wasn't as cool but oh well. At the very end he jumped up on the bass drum and then jumped off of it and fell down. It was pretty cool. All in all the show was amazing.
Sunrise, Sunset
You Will You Will
Calender Hung Itself
False Advertisements
Hit the Switch
Napoleon's Hat
I Won't Ever Be Happy Again
Old Soul Song
No-one Would Riot for Less
Falling Out of Love at This Volume
True Blue
Encore:
Long Black Veil*
Lua*
Revelator (Gillian Welch Song)*
Let's Not Shit Ourselves$
*With Gillian Welch and David Rawlings on Vocals and Guitar
$With Gillian Welch on tambourine and David Rawlings on guitar 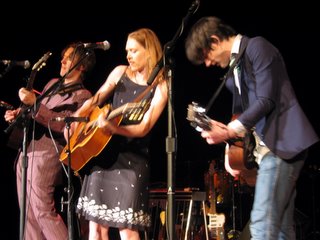 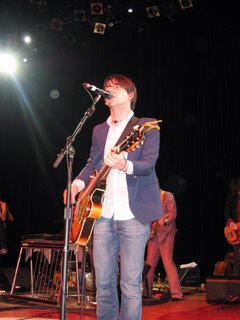 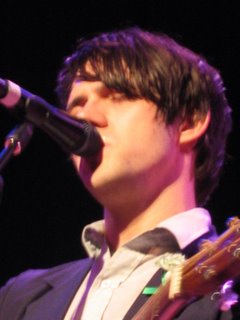 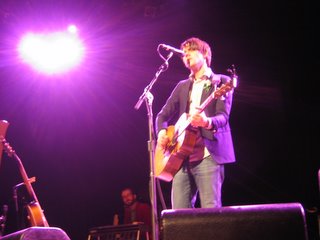 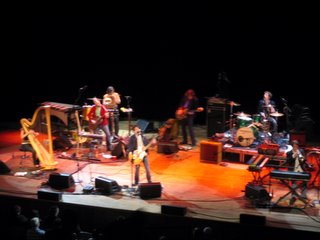 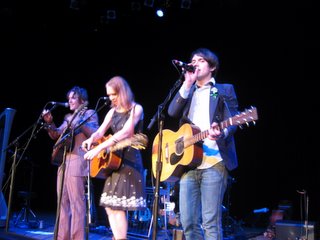