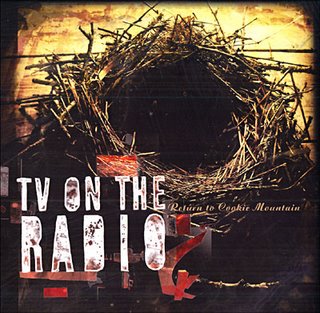 TV on the Radio's new album "Return to Cookie Mountain" is really all it is cracked up to be. Granted it is a little different then most things out there, but this is not saying it is too weird or lacks any melodies (i.e. Deerhoof). Anyhoo, you definitely need to sample to make sure you enjoy this type of music. I honestly can't describe it. It is like almost hip hop melodies with rock mixed in. Just so you know it was critically acclaimed. Pitchfart gave it a 9.1. Sample some here The songs on this site are "Province" and "Wolf like Me"....both are great tunes. Another great tune is "I Was a Lover."
Posted by Clyde at 8:48 PM No comments: 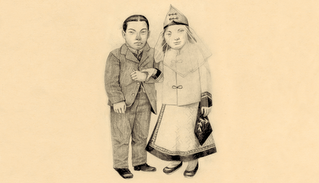 The new Decemberists album is quite solid. It begins with a mandolin number, "Crane Wife" which could quite possibly be the best track on the album. Other notable tracks are...every other track on the album. I know what your thinking..."I don't like his voice." Well get over it because even my wife claimed she "hated the Decemberists" and now she can't quit listening to it. Trust me. The album is a classic from start to finish despite whether you have made an opinion about the Decemberists or not.
Posted by Clyde at 9:34 PM No comments:

A Conversation With Isaac Brock 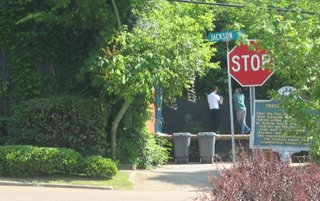 Oxford Producer Dennis Herring and Isaac Brock talking outside of Sweet Tea RecordsMy wife and I had the pleasure of seeing Isaac Brock numerous times this past year with their recording of the new album at Sweet Tea Records in Oxford. Finally, I got a good chance to talk to him. He was coming out of Proud Larry's with some To-Go food, and I did everything but chase him down. I yelled, "Isaac" and he turned around. I was surprised at how normal and nice he was. We talked about the new record and how he was finishing mixing it. He then talked about how James Mercer of the Shins came down to Oxford to record (possibly an album appearance). Then, he talked about how he liked Oxford, and then described that he felt like a ghost in the town. Not only did he not feel like a rockstar, he basically said no one noticed him even as a person. He was pretty funny also. As I was trying to talk him in to playing around here, I used the wrong words in describing why they could not. I used the words "commercial success." Which he quickly said, "What do you mean (in a defensive way)?" But, I quickly recovered by explaining I meant that they could not play a small place like proud larry's anymore, and he agreed.

He was also inquisitive of us, which I was surprised of. He asked where we had been and what are we doing here in Oxford. I told him of my intentions hopefully one day being in the music business. His advice to me was that I may not like representing artists although he did say he had a great relationship with his attorney and agent.Of course, I did not have my camera.
Anyway, here are some new modest mouse tunes via Net zoo My favs so far are "Missed the Boat" and "Dashboard."
Posted by Clyde at 8:50 PM No comments:

My Morning Jacket in Nashville, at the Ryman. 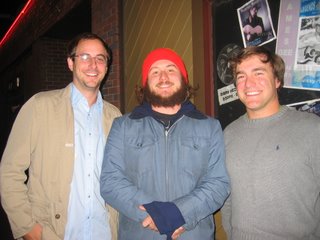 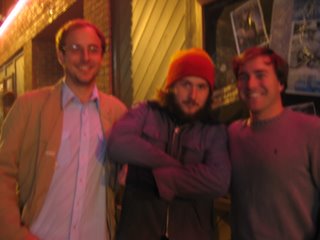 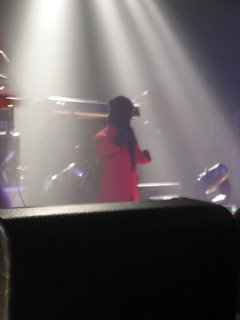 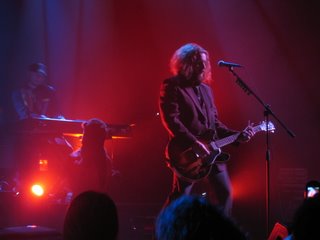 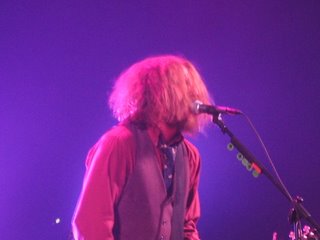 MMJ was amazing as usual. Just as we arrived, we were walking to Roberts' bar and saw Jim James. He was very cool, although I was so shocked I didn't have much to say. The concert was phenom thanks to my second row seats..(thanks David and Shuff). The highlight was definately "One Big Holiday." He played "Tonight I Want to Celebrate with You" on the omnichord. They rocked out Magheeta (above). I always wonder why my neck hurts the next day after every My Morning Jacket show...then it occurs to me......To top it all off, as we were leaving we saw John Prine who had been in attendance. 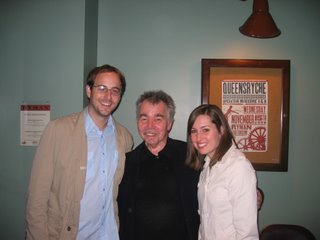 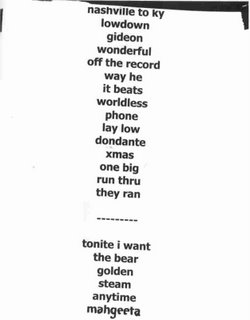 Also: At Dawn and Bermuda Highway
Posted by Clyde at 12:43 PM No comments: