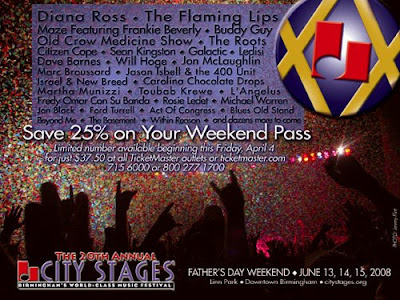 My Morning Jacket gave an audience in Houston a taste of the new album Evil Urges out 6/10. See Below

Monthly Mixtape: The shiny newbies and the dusty classics

I believe most of these are on iTunes. A little bit of the new and old mixed into one.

Sorry for the late review of this show (almost 2 weeks late), but real life reared it's head this past week. Some space filler before Clyde & I get this thing cranked back up. Enjoy: 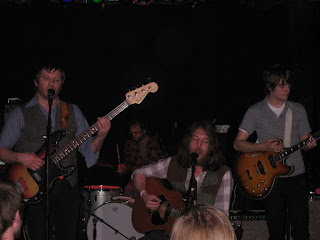 Fleet Foxes opened, and although I missed probably the first three songs, I probably enjoyed thier set the most. FF hails from the Northwest like their touring counterparts. Were you given no time frame, from the looks you might think this band stepped out of the Woodstock era with, and their psychadelic-folk sound might not change your mind. Parts of their music definitely brings thoughts of Crosby Stills Nash & Young. Yet, their robust sound is definitely refreshing. The layered vocals and use of echoing sound effects also reminded me of MMJ, with wordless choruses that also invoked Funeral Arcade Fire and even Yeasayer. If I haven't put my finger on it yet, no matter, officially one of my new favorite bands. They obviously impressed the early crowd there to see Trapper and Dog. My favorites were "White Winter Hymnal" with its acapella opening and "English House". Really enjoyed the electric mandolin, too. I picked up their six song Sun Giant EP on the way out (which is fantastic) and hope to discover more from them in the near future. 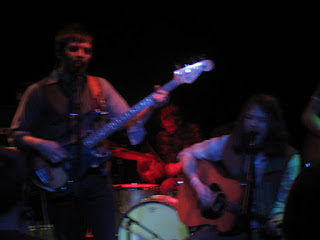 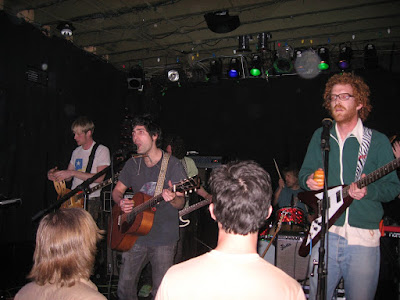 Blitzen Trapper, unsurprisingly, was a stark contrast to the openers. They came out loud and boisterous with their eclectic sound which I have appropriately heard likened to Grateful Dead meets Pavement. They opened the set with the rocker "Miss Spiritual Tramp", then quickly changed pace to my favorite from Wild Mountain Nation, "Country Caravan", which substituted electric for the acoustic guitar and seemed to be a faster pace. A very involved band: each member picking up multiple instruments through out, from miniature keyboards to cowbells to maracas, even getting Fleet Foxes to participate with more percussion. Lead singer Eric Earley carries on this intense animation in their performance by conveying his lyrics not only orally but through multiple hand gestures, almost as if he is doing an interpretive dance. A sample of their set list: "Miss Spiritual Tramp", "Country Caravan", "Wild Mountain Nation", "Sci-Fi Kid", "Murder Babe" (best of the night IMHO), "Shoulder Full of You" (off their tour EP3); and to end, an intense, ear-busting version of "Woof & Warp of the Quite Giant's Hem". Blitzen Trapper was truly a blast. 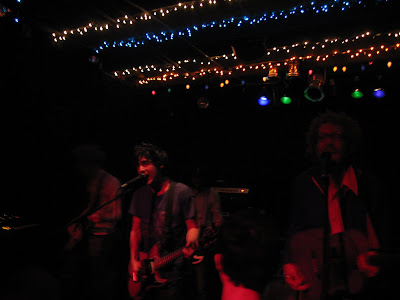 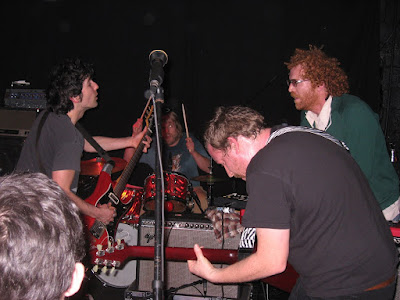 Dr. Dog ended the night, which was quite anti-climatic for me. Never been a fan of their music, and what I saw of their live performance didn't change my mind. Unlike FF and BT, they struggle to raise their head above the stereotypical sound of today's indie rock. This is true from their style of music right down to their dress (one guy with heart lens sunglasses, the other dressed up like Grover Dill from A Christmas Story). Sorry, I just don't get it. 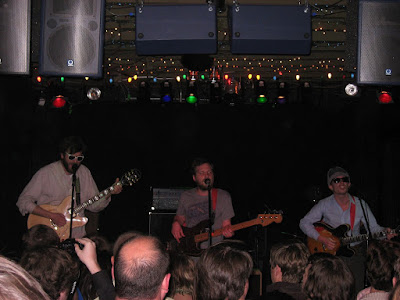 Posted by Blythe at 7:35 PM No comments:

I apologize for the small sabbatical

I was on vacation for about to week and a half sailing in the British Virgin Islands. Things should be back to normal soon.

Got the new Destroyer on eMusic. I will let you know what I think.
Posted by Clyde at 4:52 PM No comments: 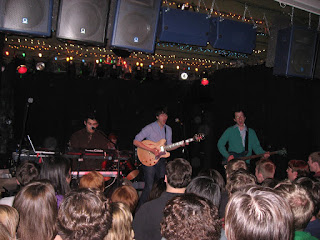 The rolling ball of butcher knives that is Vampire Weekend rolled its way into Dixie last night with a sold out show at Bottletree. Even as openers (?) for The Walkmen, the excitement was unmistakeable in the crowded barroom. VW truly has a house band party feel, with friendly banter and all, although the packed in patrons didn’t feel quite the freedom to bounce around and dance like the band may have liked. Very diverse crowd, a clear sign they are slowly slipping into the mainstream. 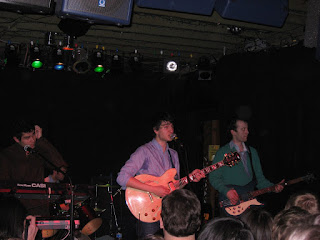 Gained a new appreciation for Ezra Koenig’s voice: his vocals were even stronger live than on the album, which I had feared may have been significantly produced, especially after seeing what appeared to be a somewhat timid performance on SNL. Inflection is his scalpel which he uses to dissect the chorus of every song with each new repetition. Plus, he’s LOUD. The bellowing, accented vocals on “One”, “A-Punk”, and a new, unnamed song they played, will make you stand at attention if you aren’t already engulfed in the rhythms and beats. For the first time I recognized that the vocals tip a hat to African music just as much as the instrumentation of this band. 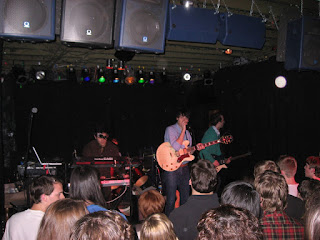 Ever since I bought this ticket (on 12/26) I have been wondering how they would do the string arrangements in some of their songs. On SNL they had a quartet bunched up in the corner of the stage. Wasn't sure if they would take it on tour, as 4 extra is a considerable number for a long road trip. Well, they left the strings at home, substituting Rostam Batmanglij's Casio, which filled in quite nicely, even on the string-heavy “M79”. 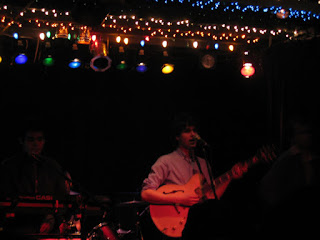 The energy from the band was great, from the facial expressions to the busted snare. Some of my favorite moments: the preamble to "A-Punk" (they always ask the crowd to dance) and the extra impromptu yells; the thumping base line form "Campus"; and the "trust building exercise" for the crowd's response in "One" ("Blake's got a new face!). 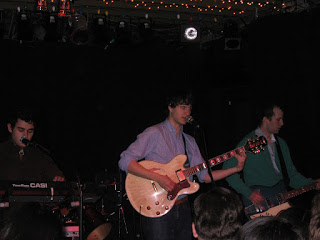 As for the headliners The Walkmen...I bailed before they came on stage. Sorry, I know this is weak cheese. No offense to the band (I am sure they are great since they have been around for a while), but it was a school night.

Posted by Blythe at 7:45 PM No comments:

Enjoy!! Sorry for the lack of heads up on Vampire Weekend on SNL. It slipped by me until Saturday Night.

The Felice Brothers - S/T (amazing album) Myspace and see my other posts in the past.

What Made Milwaukee Famous - What Doesn't Kill Us Full Stream

The Third Man - Among the Wolves Myspace (Memphis Psych Rock)

Thanks for the heads up LET, Colour Revolt's new album Plunder, Beg, Curse apparently leaked so the band released it on eMusic.