Oh my Lord, He really has a nervous tic. Andrew Bird Live in Oxford 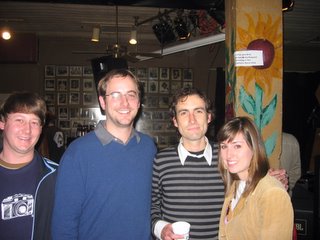 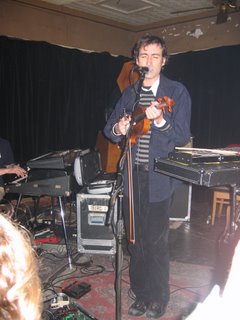 Wow!
THE BAND:
This was one of the best shows I have ever been to. What a musician. He played guitar, the xylophone, violin (as a violin and a mandolin), and also whislted. His whistling really is amazing. He whistled in perfect tone with his xylophone. He had Dosh with him which is one guy who plays keys and drums. Folks, he actually does have a nervous tic motion of the head to the left. He even twitched when he announced the song. He is a very strange but nice fellow. He did accidentally drop his violin trying to put it up. He messed up on one other song, but all in all he was nearly flawless. 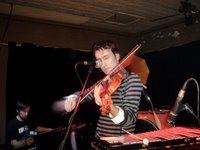 THe CROWD:
The crowd was pretty good. Most people were pumped and really enjoyed it. As always with Proud Larry's (because it is so loud) people would not stop talking. However, there were not too many slow points where the crowd was heard(at least during Andrew Bird). 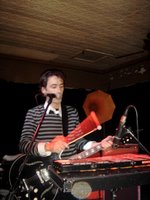 The VENUE: I am not the biggest fan of Proud Larry's for a huge band, but I was on the front row, so it was amazing. 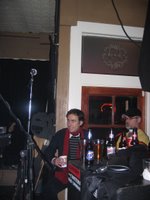 The SETLIST: The song selection was perfect. Even the new songs were amazing. I enjoyed them better than most of the old ones. Another bit of irony in the show other than the nervous tic, he also complained about a piece of dead skin on his thumb just before "Skin Is, My." My friend Hyde's girlfriend put a note on his xylophone that it was Hyde's birthday. After the last song, he came back out and talked about the note and said, "Happy birthday Hyde" and then played "The Happy Birthday Song" on Mysterious Production. 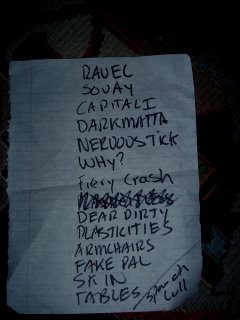 COMING SOON: LIVE YONDER MOUNTAIN
Posted by Clyde at 11:26 AM