Belle and Sebastian and New Pornographers Live at the Ryman in Nashville, TN 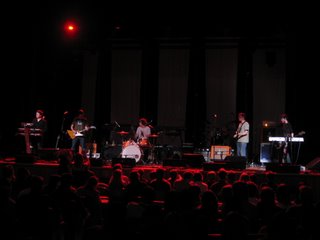 First of all a bit of advice if the ticket says 7:30 be there then. We missed almost half of the New Pornographers because we came at 8:00. They only played an hour(maybe). What is the deal. First of all No Dan Bejar from Destroyer, No Neko Case, what? Then I call that A.C. Newman. Anyway, sadly I was not that impressed with them even though I love them. They really didn't get into it and they didn't really sound that great. Everything was kind of muffled and staggered. You could not even here the drummer singing Jackie....Guess what it was not Dan Bejar, why act like it is?????? The crowd was horrible during NP also. Here is the setlist of the second half of the show. 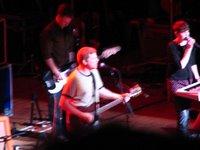 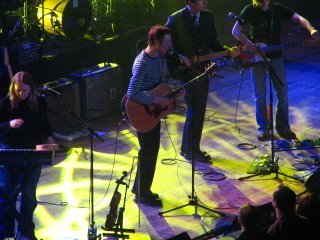 Interaction with Crowd:
On the other hand, Belle and Sebastian was an A+. They interacted with the fans more than anyone I have ever seen, including inviting a girl up on stage to dance, getting guy up on stage and calling his buddy who went to the Atlanta show but didn't come to Nashville, asking the crowd what was to be the last song, and pointing out some girl who had a strange outfit on, but he loved it. 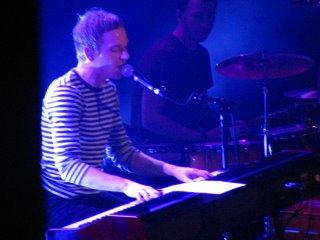 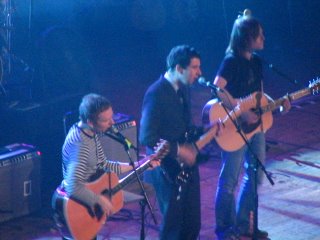 Are They Gay?
I say no. Stuart made a comment that he feels "gay" dancing up there by himself, which was hilarious by the way. He danced the whole time, and it was so comical yet awesome. He also said that he needed a girl to dance with up there. Verdict, I don't think Stuart is gay.

Crowd:
Absolutely amazing. Everyone knew almost every song. The new songs are for sure a hit. 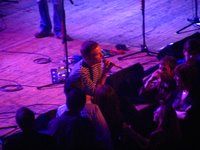 Highlight:
I would have to say Electric Renaissance. The lights were flickering red and blue like a disco, and they danced their hearts out. 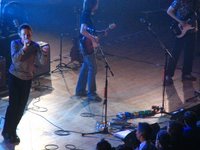 Venue:
Of Course the Ryman was incredible. They were very honored to be playing there. 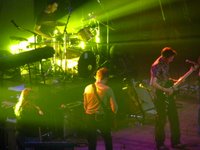 Setlist:
Almost Perfect. Obviously, I could think of songs they could have played but they have a million songs, so I was satisfied.

Photos by the lovely Anna Stuart
Posted by Clyde at 2:21 PM

Really enjoyed the break-down style of the show review. Very cool, though I didn't really get the gay part.