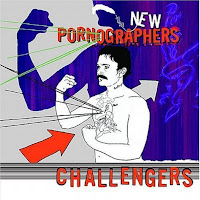 10 The New Pornographers - Challengers
Neko Case shines in this wonderful release by the League of Extraordinary Hipsters. These guys just master indie power pop. No more needs to be said. 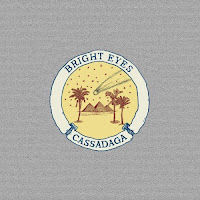 9 Bright Eyes - Cassadaga
This is a "grower." I am loving the direction Conor is going. Then again, I love me some fiddle and steel guitar. Fine, fine album. The lyrics are superb. I just kicked my own self in the crotch for not going to Memphis. 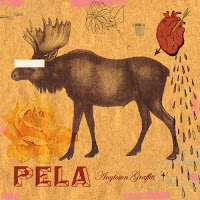 8 Pela - Anytown Graffiti
This came out of nowhere. No one really paid attention, but my ears were rewarded with sticking with this one. Wonderful album, from start to finish. 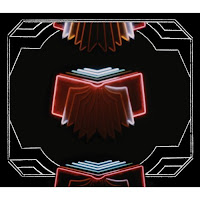 7 Arcade Fire - Neon Bible
I mean will there ever be another Funeral, Nope! Will this do, Yep. Great follow-up to a perfect debut. 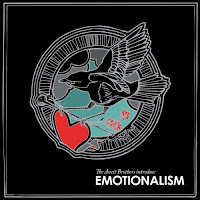 6 Avett Brothers - Emotionalism
Just discovered these guys this year. Where have I been? This album, as well as their back catalog, is just as fine. Slamgrass is the new black. As original as it gets. 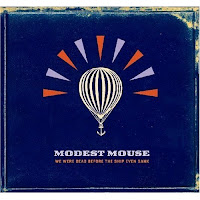 5 Modest Mouse - We Were Dead....
The mouse brings the thunder again. These guys can do no wrong. Dr. Marr is fabulous, and Brock continues to pump our adrenaline, while blowing our minds altogether. 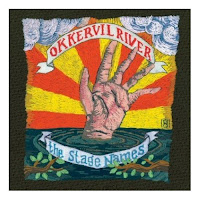 4 Okkervil River - Stage Names
Jeez, didn't know you had it in you. What a release! Find me a bad song on here, please, because I cannot find one. 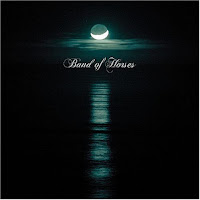 3 Band of Horses - Cease to Begin
Speaking of bad songs, has Band of Horses ever made one. Ben throws a little Southern hospitality in this gem. Cease is an album of hope and utopia, and man, is it good. If we can miraculously get an album a year from the Horses, I won't even be bitter anymore about Uncle Tupelo breaking up. Someone wake up Jim James from his cozy slumber and get him in a studio, Benjamin B is showing him up. 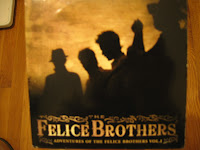 Vol 1.
Mother of Pearl, this hidden jewel almost tripped my favorite band in the world (see below) and leap frogged to numero uno. I cannot pry this Disc out of my player. My ipod loves it too; it freezes up if I try to listen to something else. Every song is a phenom. If Dylan married Boudreaux's ex-wife, this would be that illegitimate little dude. BUY THIS THING. 15 American dollars in a greeting card to: Felice Brothers P.O Box Palenville NY 12463....... or to our paypal: felicebrothers@gmail.com.........and we'll mail the music right out to you. 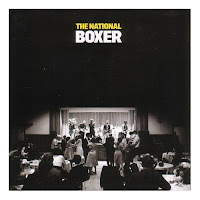 1 The National - Boxer
Surely you knew this was coming. Boxer slows Alligator's sprint to a trot. While I will concede it is no Alligator, who cares? Ten out of twelve of the songs are five stars, and two of the tracks are four stars. Here are a few words to describe: original, beautiful, smart, lyrically fascinating, well placed vocals, astounding drum pieces, dark yet light, crisp, on and on and on. Near perfect album.

uh, nickelback - all the right reasons???

get it together mcgee

agreed, where's the nickleback?! "whats that on Johnny's head?..."

hard to argue with your top 10 (except for Ryan Adams)
for what its worth, here are mine:

1. The Shins
absolutely love it and seeing them live made it even better
2. Arcade Fire
3. Ryan Adams (easy tiger to be specific)
TOTALLY redeemed himself
4. Wilco
i think people like to knock it (clyde) just to say they knocked it... not as good as some of their past stuff but they still bring something new every time they get in the studio and i havent found any of it that i dont like
5. Band of Horses
great album and i didnt expect much
6. New Photographers
7. Patrick Wolf
8. Bright Eyes
agree w/ you cmac... love the direction he is going
9. Okkervil River
kinda mad you didnt make me buy this album sooner
10. The National
11. Spoon
12. Interpol
13. Fiest
14. Son Volt
15. Blond Redhead
16. White Stripes
hate to put my neighbor in last place (please dont tell him) but i cant get "oh well, oh well, oh well, oh well, oh well, oh well, oh well" out of my head and its awful. some good songs on there though

My Top Ten will probably look a little something like this....

i didn't put together a top ten so i'll just criticize yours instead. it's more fun that way.

first and foremost "cease to begin" shouldn't even sniff the top ten. why does everyone think so highly of this thing? it doesn't hold a candle to "everything all the time". of course they've made bad songs, clyde. as a matter of fact they placed two horrible ones on this album...not just bad, horrible. "detlef schrempf" and "no one's gonna love you" are both bad, bad, bad. "window blues" isn't much better. both "is there a ghost" and "the general specific" rip, and the others are good, but this album certainly doesn't deserve a number three ranking. i can only assume you left off the zero in 30 when ranking this one.

now that i have that out of the way i feel much better.

while i enjoy pela, i would have a hard time putting it in the top 10. it just has too generic of a sound for me. i do like it, but i'd probably rank it around 15-20 or so off the top of my head.

i agree with shuff in that i'd up the ranking on the shins, ryan adams, and spoon but shuff, seriously, you can't place "sky blue sky" in the top 5. i really like wilco, but that was a pretty bad record.

i'd also probably rank both iron & wine and andrew bird a little higher while dropping the twilight sad and patrick wolf.

other stuff that i'd include but i'm not sure where are "writer's block" by peter bjorn & john just because it's so unique. i wouldn't rank it very high, but it would be in my top 50. i'd also definitely include "in our nature" by jose gonzalez. i just think he's phenomenal.

i'm not familiar with the felice brothers, but apparently i need to check them out.

i guess to wrap it up, my number one would be a toss up between okkervil river and the national. overall i agreed with the majority of your stuff, or at least i would have given it a somewhat similar ranking.

10. The Shins - Wincing the Night Away
9. Bishop Allen - The Broken String
8. Jens Lekman - Night Falls Over Kortedala
7. Peter Bjorn & John - Writer's Block
6. Feist - The Reminder
5. Josh Ritter - Historical Conquests of...
4. Okkervil River - The Stage Names
3. Avett Brothers - Introducing Emotionalism
2. Arcade Fire - Neon Bible
1. Spoon - Ga Ga Ga Ga Ga - The reason this is first with a bullet for me is that I have yet to get tired and I have totally worn it out. This CD stayed in my car CD player for 4 weeks after I got it. Not a bad song on there, just wish there were more of them.