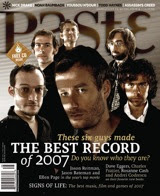 Just got my December issue of Paste and was glad to see many familiar albums on the Top 50, but couldn't be more pleased than to see RC favorites The National taking home the prize for Best Record of 2007. Do the link to see the full list of 100 best albums of the year.
Again, our apologies for the super light posting. Clyde and I hope to have our own best albums of 2007 lists up soon.
Posted by Blythe at 9:38 PM No comments:

I apologize for the lack of posts. I just started a new job and we are moving as well. Things should be back to normal in a week or so.
Posted by Clyde at 2:11 PM 1 comment: 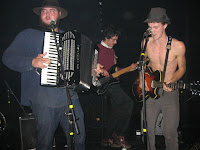 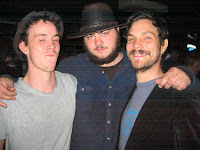 My wife was in Nashville this past weekend and saw an amazing new band: The Felice Brothers. She and her friends met them after the show and they ended up coming over to her friend's house and parking their Winnebago in their backyard for three days thereafter. She came back with the cd, and I must say I am very impressed. At first listen, nostalgic echoes of Dylan and Prine immediately grab my ear, throw in a dash of Dr. Dog and you have the Felice Brothers. With the accordion and organ drifting throughout most tracks, one can't help feel as if he is in a Tennessee Williams play set in an eery New Orleans midnight. From start to finish, The Adventures of the Felice Brothers Vol. 1never ceases to impress. Hailing from the Hudson River Valley part of New York state, The Felice Brothers packed The Adventures of the Felice Brothers Vol. I, full of sing-a-longs, hooky lyrics, and crafty instrumentation that create an original masterpiece. Unfortunately, I missed them opening up for Bright Eyes on Tuesday Night in Memphis while the Real World was slowly rearing its ugly head into my life. Felice Brothers Myspace 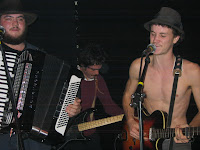 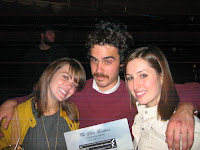 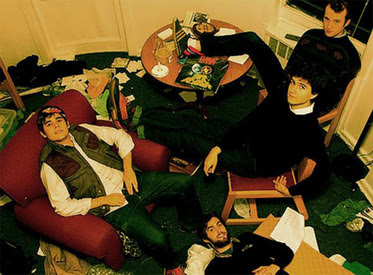 A LOT of buzz behind this band, and honestly such hub-bub usually tends to turn me off, b/c my expectations are usually not met for the next big “it” band (see Arctic Monkeys). But, if the songs Vampire Weekend has been leaking prior to their January 29, 2008 full length release are any indication of their material, this should be one of the first to make some of the critics ’08 best album lists. Currently touring with the Shins overseas, this band hails from NYC, but incorporates a lot of world music vibe into their stateside ditties (some calling it “Preppie Afro Pop”). Really has a summer feel to it if you ask me, so should be a breath of fresh air coming out in the heart of winter. Check out the following tracks available through KEXP and on VW’s website.
Vampire Weekend - Cape Cod Kwassa Kwassa

The Historical Conquests of Josh Ritter couldn’t be a more appropriate name for this artist’s new album, nor a better theme for his current tour, because this Halloween night in the “City of Vulcan” he conquered. The singer/guitarist was fully-adorned in ancient Roman garb (save the stage prop helmet) for an evening that he said was “3000 years in the making”, and though this comment was only jest, after the show I could not argue that Ritter and his band had put forward a mythical effort. 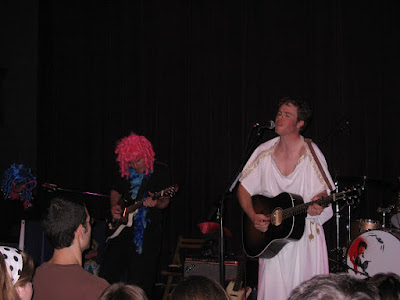 The entire band was in full costume: Ritter as “Optimus Prime”, the base player as “Take the Mummy and Run”, drummer as “Marquis de Chaveis”; and guitarist and keyboardist as “Restless Heart” (“They're big in Buffalo”). This wit filled the show, as did the grin of Ritter as he ran through a great selection of songs from both Conquests and The Animal Years. Some highlights (in not necessarily the correct order): “Mind’s Eye”, “Monster Ballads”, “Wolves”, “Real Long Distance”, “Empty Hearts”, “Right Moves”, “Rumors”, “The Temptation of Adam”. The greatest treats however was their tribute to the holiday by performing multiple covers (Dylan’s “When I Paint My Masterpiece” and Johnny Cash’s “Crystal Chandeliers and Burgundy”), the show-ender “Lillian, Egypt”, and the crowd-favorite “Kathleen”—dissected with a full recital by Ritter of the speaking line from the “Thriller” video. Wicked, indeed. 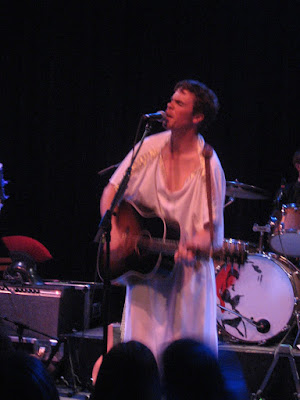 Going into Workplay Theatre, I expected a more laid-back, lounge/piano bar feel, having not spent much time with the latest two albums but rather Hello Starling (still a great album). But it was rife with fast-paced, folksy foot-stompers. Ritter’s interaction with the audience was also spectacular: complimenting costumes, inviting two ladies on stage to sing “Empty Hearts”, allowing a fan to strum the guitar on “Distance”. His excellent song-writing and genuine showmanship has endeared me to Ritter for the long run.

Update, 11/5/07: This Saturday, I spoke with the owner of Laser's Edge record store in Homewood which held an in-store performance from Ritter after the show. Ritter played 9-10 songs acoustic at the store, a performance which started after midnight and must have lasted until close to 2 AM, all while still wearing his costume and no shoes. The performance was recorded, and the owners of Laser's Edge stated they wouldn't be surprised if it was released in some form down the road. 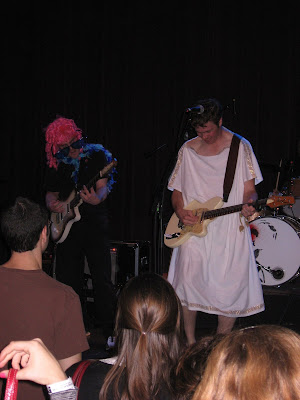 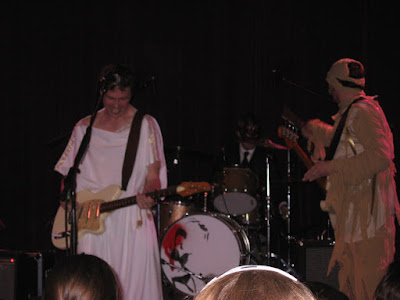 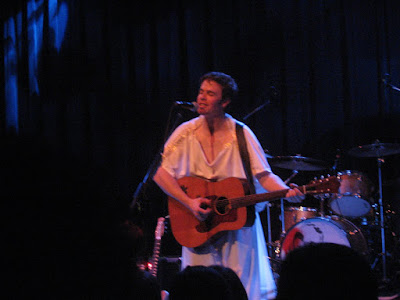 Bright Eyes live at the Orpheum in Memphis Tuesday November 6th.
Bright Eyes Live at the Alabama Theater in Birmingham Wednesday, November 7th
Posted by Clyde at 5:56 PM No comments: