Down with Wilco in Nashville 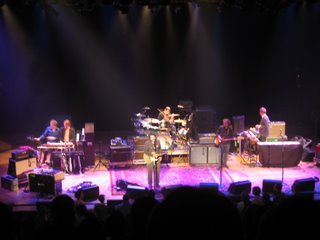 The Show:
This was most certainly one of the best Wilco shows I have ever seen. The band came out with lap steels and acoustic guitars and played tons of Woody Guthrie, then after about 8 songs of alt country, they tore down the house with harder stuff. 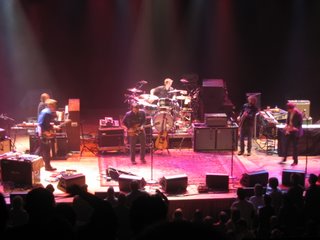 The Venue:
Ryman=perfect as usual. I do think I like the balcony seats better because of the sound.

The Crowd:
The crowd was actually an older crowd of the mid 20's to 30's...a lot different than the recent shows I have been attended. The crowd was very much into the show also. Unlike typical hipsters, this crowd was singing and dancing the whole time. 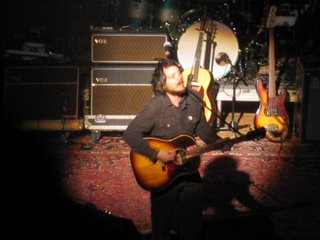 The Highlights:
At the very end of the show, Jeff came back out for a third encore and said "I am going to do this like it is supposed to be done here" (at the Ryman). He played Acuff Rose with no mics or P.A.'s. It was amazing. Everyone was dead silent and it sounded perfect. Also, I must mention Kidsmoke and At Least that's What You Said. Those are some of the best live songs they have. When these songs kicked in, all the lights in the places flashed in unison and lit up the whole place while everyone was headbanging and dancing. 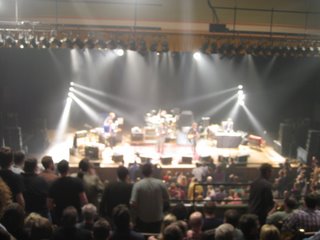 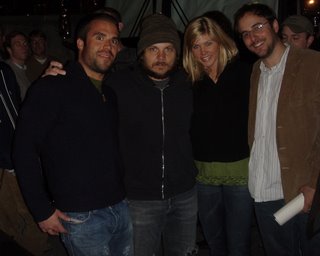 "After the show you walked right past":
After the show, I met Jeff again and got a pic. He was very friendly. Then I saw Glenn Kotche, and he told me to go to Roberts (a bar in Nashville). We hung out with them at the bar most of the night. After trying to buy all them shots, I talked to John Stirratt(bassist) for a while. He said he has been listening to Aphrodite's Child, Silver Jews, and AC Newman. The band hung out in the bar until closing time and then headed to Fayetteville. 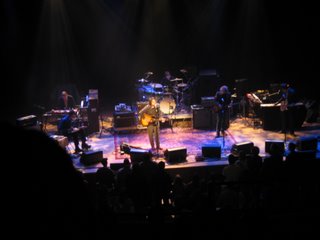 It was an awesome show. I've got a couple pictures on my website, as well as my buddy with Tweedy outside of the bus. Didn't realize the band went to the bars or else I would've been there too.

yea - what a good time. i love the description of the flashing white lights. Send me the pic of me and stink if you get a chance - i don't care if it's blurry.